Enviva Inc. (NYSE: EVA) (“Enviva,” the “Company,” or the “Borrower”) today announced that the Industrial Development Authority of Sumter County, Alabama (the “Issuer”), intends to issue its Exempt Facilities Revenue Bonds (Enviva Inc. Project), Series 2022 (Green Bonds) (the “Bonds” and such offering, the “Tax-Exempt Green Bond Offering” or the “Offering”) in the aggregate principal amount of $250,000,0001. The proceeds of the Offering will be loaned to Enviva pursuant to a Loan and Guaranty Agreement (the “Loan Agreement”) to fund all or a portion of the costs of the acquisition, construction, equipping, and financing of Enviva’s wood pellet production plant to be located in Epes, Alabama (the “Epes plant”) and to pay costs and expenses of the Offering. 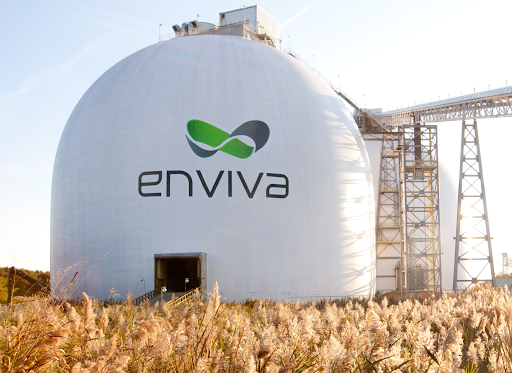 This news release is neither an offer to sell nor a solicitation of an offer to buy any securities, including the Bonds, nor shall there be any sale of any such securities in any state or jurisdiction in which such offer, solicitation, or sale would be unlawful prior to registration or qualification under the securities laws of any such state or jurisdiction. Any offer or solicitation with respect to the Bonds will be made solely by means of the preliminary official statement.

Enviva Inc. (NYSE: EVA) is the world’s largest producer of industrial wood pellets, a renewable and sustainable energy source produced by aggregating a natural resource, wood fiber, and processing it into a transportable form, wood pellets. Enviva owns and operates ten plants with a combined production capacity of approximately 6.2 million metric tons per year in Virginia, North Carolina, South Carolina, Georgia, Florida, and Mississippi, and is starting construction on its 11th plant, which will be located in Epes, Alabama. Enviva sells most of its wood pellets through long-term, take-or-pay off-take contracts with primarily creditworthy customers in the United Kingdom, the European Union, and Japan, helping to accelerate the energy transition and to decarbonize hard-to-abate sectors like steel, cement, lime, chemicals, and aviation fuels. Enviva exports its wood pellets to global markets through its deep-water marine terminals at the Port of Chesapeake, Virginia, the Port of Wilmington, North Carolina, and the Port of Pascagoula, Mississippi, and from third-party deep-water marine terminals in Savannah, Georgia, Mobile, Alabama, and Panama City, Florida.

Should one or more of the risks or uncertainties described herein and in any oral statements made in connection therewith occur, or should underlying assumptions prove incorrect, actual results and plans could differ materially from those expressed in any forward-looking statements. Additional information concerning these and other factors that may impact Enviva’s expectations and projections can be found in Enviva’s periodic filings with the SEC. Enviva’s SEC filings are available publicly on the SEC’s website at www.sec.gov.