Samarco has today filed for judicial reorganization with the Minas Gerais State Court to renegotiate its financial debts. A large amount of Samarco’s financial debts are held by bondholders abroad. The purpose of the reorganization request is to ensure that the Company can maintain its production activities.

Samarco’s restarted operations provide jobs, local economic activity and community support as well as continuing the remediation and compensation programs underway through the legally approved programs. It should be noted that JR is not expected to affect any of operational activities and the company’s obligation and commitments towards Renova foundation. In adittion, it does not impact the Renova’s ability to undertake remediation and compensation.

Samarco has been committed to entering into an extrajudicial agreement with its creditors to renegotiate the debt. However, due to the unfeasible demands imposed by creditors, it was not possible to reach a good conclusion to the negotiations. Following recent judicial measures taken by some creditors, led by hedge funds, Samarco opted to file for judicial reorganization protection. 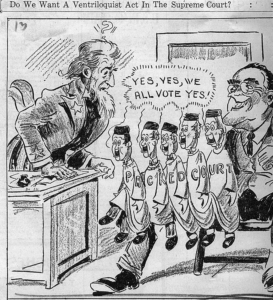 Much of Samarco’s financial debt to creditors was contracted prior to the Fundão dam rupture, what happened in November 2015. Until August 2016, Samarco had sought to honor its commitments and made regular payments to creditors.

Shortly after this, Samarco sought an amicable agreement to restructure its debt with creditors. On November 27, 2018, Samarco met with a few debt holders in an attempt to reach a consensual restructuring plan followed by exchanges of proposals and counter-proposals from both sides.

Last year, Samarco undertook efforts to resume extra-judicial negotiations with those creditors by conducting technical due diligence, in addition to various interactions with financial and legal advisors of those creditors.

However, unfortunately, during the discussion of the terms and conditions under which the restructuring negotiations could be resumed, the group that represents part of the bondholders requested off-market terms to start talks and began the sequence of lawsuits that led to the filing of the judicial reorganization to preserve its recent operational resumption and the fulfillment of its social and environmental obligations.

Samarco is a privately held company, with over 40 years of history, a joint venture owned equally by Vale SA and BHP Billiton Brasil Ltda. With headquarters in Belo Horizonte (MG), it is an integrated enterprise, with two operational units: the Germano Complex, in Mariana (MG), which includes iron ore mines and beneficiation plants, and the Ubu Complex, in Anchieta (ES), where the pelletizing plants and the port terminal are located.

For the gradual restart of production, with 26% of your total capacity, the company reactivated one of its three concentrators at the Germano Complex (MG), as well as pelletizing plant 4, in the Ubu Complex (ES).