by vikas@theedpsych.com | in News | 0 comments

Aussie bond ETFs have benefited from the Reserve Bank of Australia’s (RBA) new money printing program, which has helped remove the discounts many were trading on.

Thanks to the coronavirus, bond trading came to a virtual standstill in March, causing many bond ETFs to trade at steep discounts to their fair values – known as the “net asset value”, or NAV.

Following the lead of the Federal Reserve in the US, the RBA stepped in to backstop the country’s bond market. The intervention succeeded in soothing nerves and the benefits were then passed on to ETFs, which presuppose a smooth and efficient underlying bond market when their NAVs are calculated. 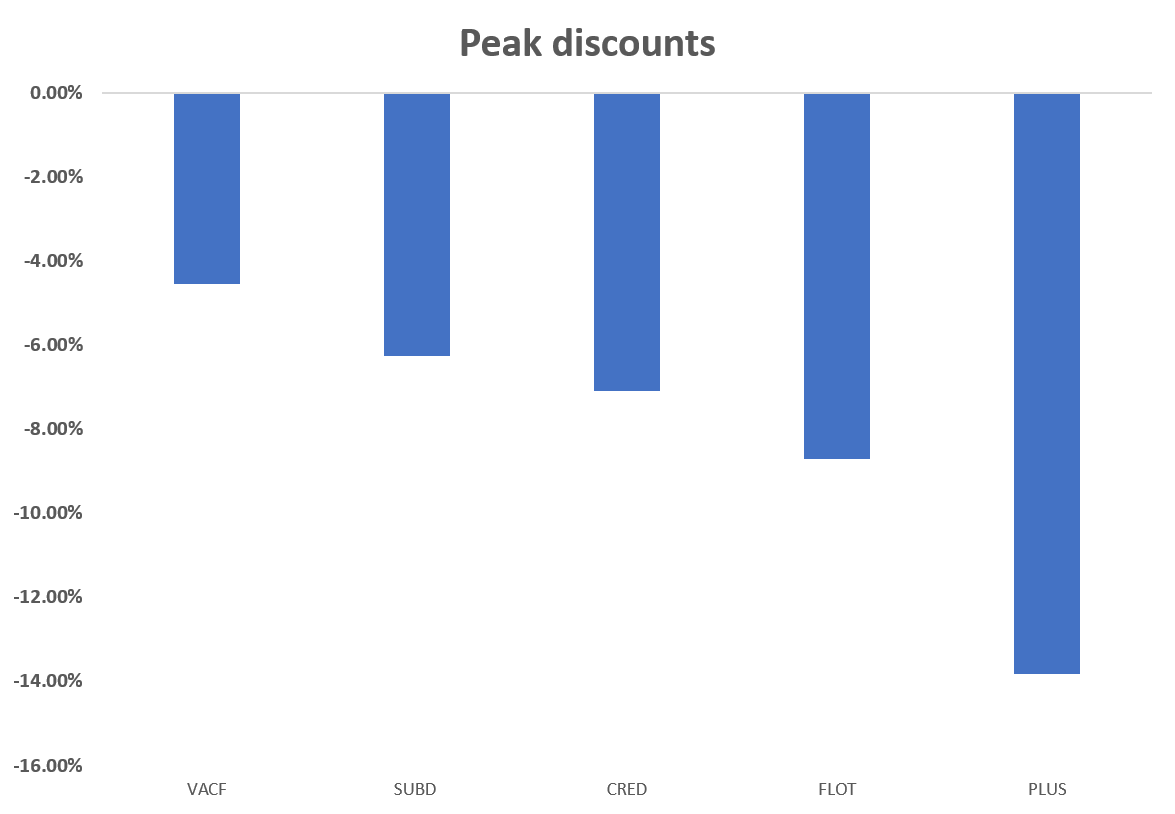 The discounts the worst-hit bond ETFs traded on began shrinking sharply in late-March, shortly after the RBA began printing money. Trading spreads on the ASX also began falling shortly thereafter. The RBA, unlike its American counterpart, did not buy corporate bonds nor did it countenance buying ETFs.

The effect of the RBA’s actions on bond ETFs extend beyond discount removal. They will also affect the indexes that many bond ETFs track in the coming months. This is because the money printing comes part-in-parcel with – and arguably helps fund – the Australian government’s debt-financed stimulus package. 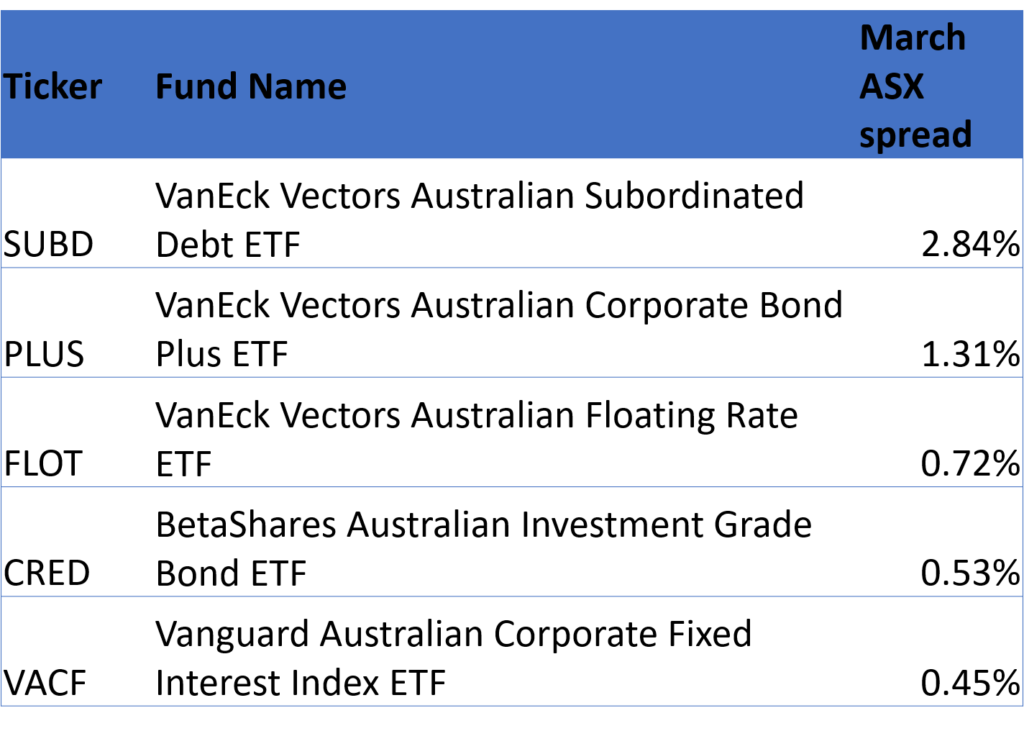 With such a large chunk of new bonds coming to market, bond indexes that include government issues will have to be adjusted to include them.

According to Pat Garrett, chief executive of Melbourne-based robo-advisor Six Park, the bond ETFs were helped by the RBA. However, there are unlikely to be any long term repercussions for bond ETFs caused by the Australian government’s new bond issuances.

“The efficiency of fixed income ETF trading in the markets should, and already has, improved,” with help from the RBA, he says.

“The ETF indices and the structure of the fixed income ETFs should not change due to the RBA’s actions.”

The Bloomberg AusBond Composite 0+ Yr Index, the benchmark index for two of the most popular bond ETFs: the iShares Core Composite Bond ETF (IAF) and Vanguard Australian Fixed Interest Index ETF (VAF), can have their constituents changed when the funds are rebalanced, he adds.

The RBA’s actions should also help avoid what happened in February when credit spreads widened substantially when there were very few bidders on instruments such as fixed interest unlisted funds and ETFs.

“The bond buying program will hopefully mean spreads revert to pre-disruption levels, and so far that has been successful,” Morningstar Australasia research manager Tim Wong says.

This week Vanguard reduced spreads on nine of its wholesale bond funds, which were widened during the worst of the coronavirus. The tightening spreads will have flow on effects to Vanguard’s ETFs, which are built as share classes of the same funds.

The RBA’s bond-buying program has also helped ETF performance, which has lifted across the board after the RBA’s initial announcement. On this score, the Australian experience is similar to other countries, where central banks have intervened, Chris Brycki, chief executive of Stockspot, a Sydney robo-advisor, says.

“Government bond ETFs were well-supported during the US and Japan’s quantitative easing program over the last decade. You would expect to see the same to happen in Australia. The RBA’s backstop may support demand for shorter-dated bonds if the longer end of the curve remains volatile,” he adds.

Over time, the reduction in spreads should also help support inflows into bond ETFs. But it is too early to tell how this will play out given the volatility in the market.